Our host families come in all shapes and sizes. Whether you’re married, single, with or without children, just starting out or just retired – you can make a difference in the life of a young person when you volunteer to host an international exchange student. Kay from Texas tells us how she started on her hosting journey as a single, retiree and how it’s enhanced her life.

This morning I received the flight information from one of my new exchange students who will be arriving from Spain this August. I am excited and can’t wait to meet both of my new students.

I have been a single host for Aspect since 1999 and have hosted nineteen girls over the years. I had never even considered hosting an exchange student. Then one day, when I was leading a PowerPoint workshop for teachers, one of the participants created her presentation on her experiences hosting Aspect students. The presentation and the idea of hosting interested me. Like me, she was a single teacher who loved travel and learning about other countries and their culture.

After the workshop, I asked a lot of questions and decided I might like to host a student. In early August, I called Aspect and selected a lovely semester student, Annika, from Germany. I selected a half year student because I wanted to see if hosting was something I would really enjoy. I thought I could live with any teenager for five months. Well, the experience was so great that after a couple of months I decided to host again for the second semester.

When Annika arrived at the start of the school year, I discovered an issue that I had not considered. No, it wasn’t my work schedule because I worked for a state educational agency which had a calendar that corresponded with the local school calendar. No, it was not dealing with young people because I had been in the classroom for over ten years. It was because of where I lived.

I live in a semi-rural area just outside Fort Worth where most residents are retirees or they are young families with small children. There were not any teenagers in the neighborhood who went to Annika’s high school. Once she got off the school bus in the afternoon, there was no one her age to socialize with. It was just the two of us. Of course, to do anything in most areas of Texas, teenagers need a car, friends with cars or parents who don’t mind being their chauffeur. My mother always said she felt like my chauffeur when I was in high school.

Like my mother, I became the chauffeur and Annika made friends with several students at school who had cars. So her social life became more complete. She even met two exchange students at school from different exchange organizations whose families were not able to do a lot with them. So when we went to places like Billy Bobs for line dance lessons or took a short trip to San Antonio, we would invite one or both along.

I thoroughly enjoyed my first experience with Annika and asked Annika what she thought of the idea of me selecting two students instead of just one to host. She thought it was a great idea. She agreed with me that two girls could live as sisters, have each other for company when they got home from school, go to the amusement park or movies together, and the three of us could live more like a family going places and doing things together.

Annika helped me select two girls from South America who arrived a few days before New Years.  The four of us celebrated the dawn of millennium together on New Year’s Eve just before Annika flew back to Germany.

When my South American girls’ exchange was over I selected two more girls, Pat from Brazil and Anne from the Netherlands. It was another fantastic year and I knew I would like to continue hosting. However, I realized that if I continued hosting every year I would eventually burn out. Each year I would be repeating the same events and activities year after year. 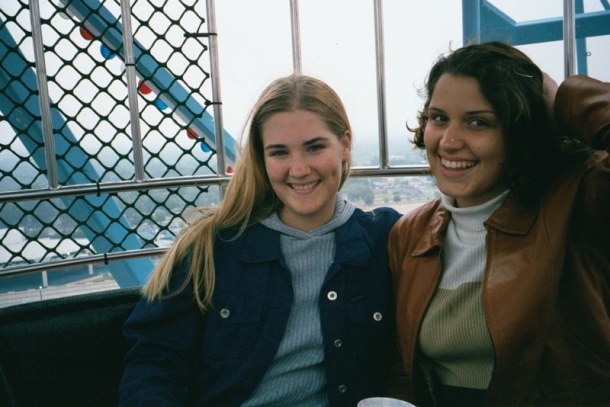 I decided that from then on I would only host every other year. Now on my off year, I travel and spend more time with friends. This keeps me refreshed and ready for my next two students.

When I initially thought about exchange students, I envisioned students living with families who had children. I was worried that living with a single host would not be as enjoyable for the student and be difficult for me. Then I realized that not every family is that stereotypical family most people envision. Often families today are single parent families. Living with a single host may not be what the student envisioned but often what happens in life isn’t exactly how we envision it. Students do have the opportunity to refuse the placement in a single person household. That’s their decision. Students should consider that one reason they became exchange students was to have new and different experiences. I tell my girls that life is an adventure and that their exchange year is what they make of it. 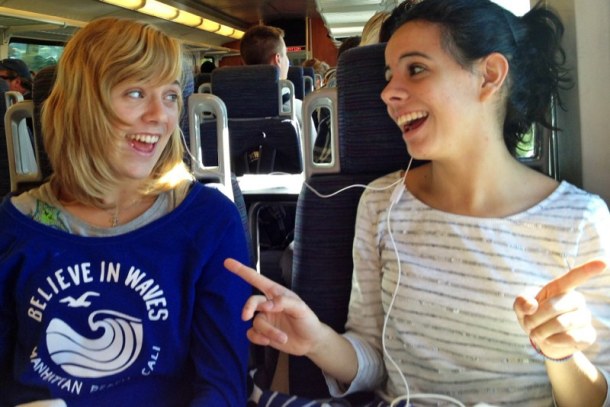 I’ve found being a single host can be very rewarding. However, it is a commitment that requires your time, energy, and willingness to get involved in someone else’s life. My hosting experience has given me a family that stretches around the globe. I have friends from Brazil, Columbia, Norway, Sweden, Finland, Germany, Italy, Thailand, Hong Kong, and Spain. I have had fantastic vacations when I have gone to visit my former students and their parents in their countries. I’ve gone to one girl’s graduation from law school in Brazil and another’s wedding. Both were very unique and special experiences. I’ve even had former exchange students come back to Texas to visit me.

Being a host has given me a much broader understanding of other people and other cultures. I have seen how many of my students have been personally impacted because of participating in an exchange year. Most of my girls have become extremely close and many have gone to visit their exchange sister once they return home. My Swedish girl flew to Brazil to attend her exchange sister’s wedding and two years later the Brazilian girl flew to Sweden for her exchange sister’s wedding. The exchange experience has impacted and changed the lives of several girls. One girl from the Netherlands went to visit her sister in Brazil after graduating from her university. Several years later she returned to live in Brazil where she now works as a tour guide and Dutch interpreter. The girl from Hong Kong later came back to the US for college and is now married and living in Texas. One of my Brazilian girls told me she would have never have had to courage to leave her parents house and move to a new city to attend medical school if she had not done the exchange year. She is now a doctor in Brazil.

If anyone were to ask me about hosting, I would tell them that for me it has been wonderful working with young people from different countries and also that being with young people helps keep me young. I would tell them hosting is an adventure worth going on. However, not every adventure we take in life is smooth and there are occasional potholes on life’s highway. This is why I am so happy that I am working with Aspect. They are there when I or my students or I have any concerns or problems.

My experience with Aspect has been very positive. The girls I have chosen through them have been exceptional young women. I know that my local Aspect coordinator will be there to assist in selecting new students or to help me or my student with any problem. I know that as a fact because I have hit a few potholes over the years. I can not speak highly enough of my coordinator, Sherri.  She is a no-nonsense individual who cares deeply for the students. She plans great group parties and activities for the students and their host families. She is the person you want in your corner when you have a problem and she will do anything to help. 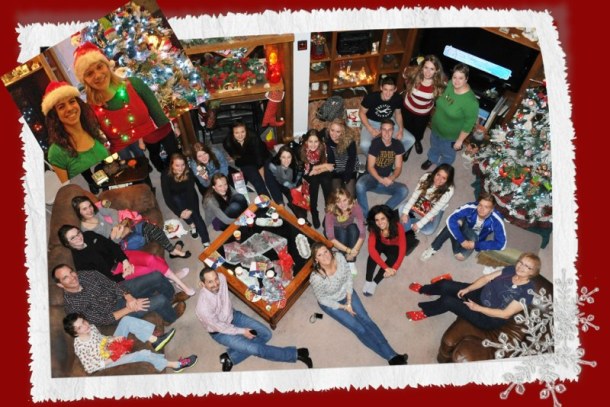 Kay hosts the exchange student annual Christmas party in Texas even on years when she’s taking a break from hosting – how thoughtful!

I have hosted eleven times and have been blessed with nineteen wonderful young women. I can’t wait for the arrival of the new girls.  In the meantime, I am already in contact with both girls and their parents. We are using a What’s App group chat, e-mail, and a private Web page to get to know each other before August. My goal is to create a feeling of friendship and anticipation of what is to come. When they step on the plane to leave their country I want them to feel like they are just going to be staying with friends and their friend Kay will be waiting for them when they arrive in Dallas. 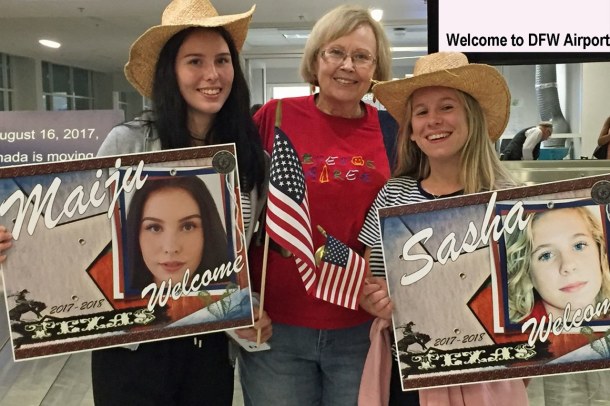 Are you a single person who is looking to make a difference with youth? Why not host an exchange student for the 2019-2020 school year. Click the image below to find out more!