Stacy lives on a fifth-generation homesteaded family farm in central Illinois with her husband and twelve-year-old son, Wells. Stacy’s daughter, however, moved across the globe in 2011. Stacy’s family began hosting exchange students seven years ago, and has since welcomed students from Switzerland, Germany, Norway, the Netherlands and Sweden onto their farm and into their hearts.

Students who end up at Stacy’s homestead are in for a unique – if not authentic – American experience. By living on a real working farm, these young adults (many of whom come from major cities) learn to cultivate cheese from the cows they have milked, ride horses, bale hay, fix fences, raise chicks, and harvest honey from the family’s bee hives.

The exchange students are not the only ones transformed by Stacy’s family, though; Wells was only five when his mom volunteered to take in their first student. And now, he doesn’t even recall a time when he didn’t have an older brother or sister from another country! Perhaps the family member whose life has been most strongly influenced by hosting, however, is Stacy’s nineteen-year-old daughter, Corianna.

A Sister Across the Sea

During Corianna – or Cori’s – senior year of high school, Stacy’s family hosted Alicia from Sweden. Cori and Alicia became friends immediately, and at the end of the year, Alicia invited Cori to visit her family back in Sweden. Coincidentally, family friends of Alicia were seeking an au pair for their two children at the time, and caught wind of Cori’s arrival. In a few short weeks, Stacy and Cori 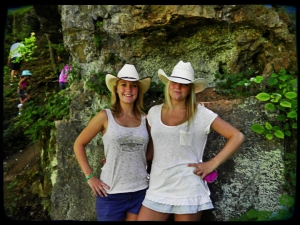 were boarding their plane to Europe. For eighteen-year-old Cori though, this was a one-way flight.

Before arriving at their final destination in Helsingborg, Sweden, Stacy and Cori visited every single student that their family had hosted over the years. Each student was thrilled to reciprocate Stacy and her family’s kindness: excitedly showing them their hometowns, introducing their friends, and welcoming Stacy and Cori into their own family’s homes. Not once over the course of two weeks of travel did Stacy and Cori stay in a hotel!

Finally, Staci and Cori arrived at their final destination in Sweden, where after spending time with Alicia’s family and meeting Cori’s new employers, Stacy said a bittersweet good-bye to her daughter and boarded a long flight home to Illinois.

Despite the immense sadness of leaving her daughter behind in Sweden, Stacy was comforted because of what had happened throughout their journey. She had been reassured – not only by Alicia’s parents, but by knowing that every single one of her exchange student’s families would drop everything and be there for Cori if she were ever in need. “We are only a train ride away!” they insisted. “We will take care of her as you took care of our child!” “All she had to do is call, they said, and with those words resonating in her ears, Stacy knew that Cori would be just fine, and that she had made the right decision in letting her daughter seize this opportunity of a lifetime.

Cori moved to Sweden in August of 2011, and today, she is still living and thriving in Sweden. She recently enrolled in Lund University’s International Program, majoring in Community Development with a focus in Agriculture. She and Alicia remain close friends and, coincidently, another one of her Swedish host siblings is now a classmate!

As for Stacy, she is busy working on her family’s farm and teaching her current exchange student, Andre, the art of bailing hay and bottle-feeding lambs – not a usual activity in Andre’s native Stockholm! Stacy’s family is looking forward to welcoming their eighth student into their home this next August. 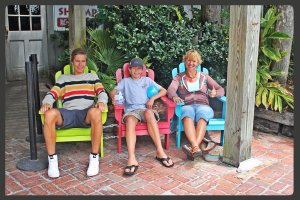 “It’s funny,” remarks Stacy on the last couple of years, “you always think about how great it is for your children to learn about European culture and geography from exchange students…but you never really think about them actually becoming a part of it.” On the greatest part of hosting, Stacy continues, “it has opened doors for us that we never believed could be opened, particularly for Cori. But our son is only twelve. Who knows where all of this may take him?” One thing is for certain: being a host family for the last seven years has significantly influenced all of their family member’s lives. As Stacy concludes, “We wouldn’t trade it for anything.”