Sometimes, the right people just fall into the right place at the right time in our lives. We call it meant to be, and this is how Karen describes her family and Adriana from Italy.

“We were not looking to host,” Karen says. “But when Jodi [Aspect’s Field Manager in Washington] described Adriana to me, she sounded like such a bright spot. She was a lot like me, and had a lot of interests in music like me. I thought she would make the perfect addition to our family. It was a quandary! I told Jodi, We need to pray, talk to our boys, our parents-in-law, etc…But don’t give her away yet!”

“In retrospect, she was just meant to be.” 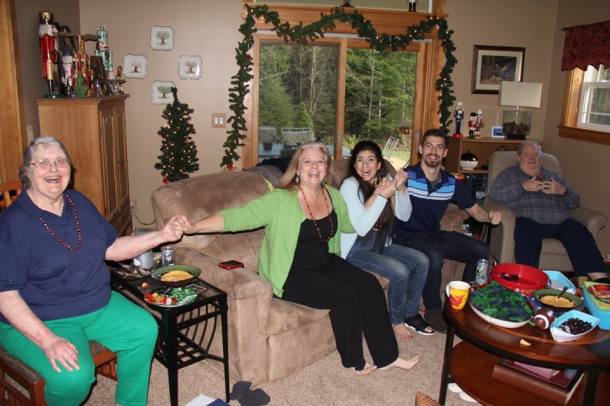 The family’s connection with Adriana stood out from the get go. “One of the memories that stands out is picking her up for the first time from the airport. It was on August 19th, 2014.” To my surprise that she was able to recount the exact date off the top of her heard, Karen answers, “Of course, it’s like an anniversary! It’s the day Adri was ‘born into’ our family.”

She fondly continues, “We borrowed a larger vehicle because all the boys wanted to come even though she was coming in late at night. Her flight ended up getting delayed so it actually wasn’t until midnight that we got to drive back. But all the way back from Seattle, which is an hour and a half drive, the boys and Adriana were singing. All of them – the 22 year old, the 21 year old, the 17 year old – were singing together. This was the first indicator that made me think, Boy, this is going to work out great. I knew that God has given us a huge blessing.”

Unbeknownst to Jodi, Karen’s family had also lived in Italy for three years – coincidentally so in a town close to Adriana’s hometown. And in Adriana, Karen saw a reflection of herself and her family from their years abroad.

“We lived in Italy from 1997 to 2000. We lived in an Italian neighborhood and really immersed ourselves. As a military family, we heard both success stories of people who really enjoyed where they were sent, and sometimes the opposite. The latter complained, even in places you’d think they would love to be. They didn’t like the fact that it was different from the United States. We paid attention to those stories and said, you never go to another place and try to make it where you came from.”

“Adriana, likewise, did not compare. I think comparison kind of kills the experience. The beauty of the experience is to think, Wow, look at all these things that we don’t have. This is great! Adriana precisely enjoyed the differences, without making a judgement call. She was very appreciative of everything.”

“She had a lot of color, charm, grace…you know, feminine qualities I was never able to enjoy with three boys,” Karen banters. With serenity that speaks volumes about her strength, Karen starts a personal anecdote. The truth is, the family wasn’t always an all-boys family.

“Sirena, our daughter, was in our family 7 short years, when she passed away from a sudden and severe asthma attack,” Karen says. “While there is no joy in sharing this, we felt that it was important for Adriana to fully understand the dynamics of our family. And thankfully, she did. We were impressed by many things while Adriana was here. But above all, she was very sensitive to the nuances and dynamics of our family.”

“For any family who has lost a loved one, the anniversary date comes around. And it bites you.” Karen says. She recollects that with no exception, tension started to mount as the anniversary date neared last winter. “Sirena passed away 5 days after her birthday. People were in different kinds of moods.”

Not wanting to put Adriana at unease, Karen talked to Adriana. “Adri was getting invitations to go to sleepovers and parties, so I told her, Adri, you don’t have to stay around here. We will all be fine. And we will all be here when you get back.”

“Adriana then took me aside, mid-breakdown almost. And she said, The thing is, mom, I don’t only want to be a part of your family during the good times. I want to be there for you during the bad times.”

Karen pauses for a moment as if overwhelmed in fond reminiscence, and continues, “What a mature person.”

“This was a real earth shaker for me. Adriana was never a replacement for Sirena, but she too truly became my daughter.” 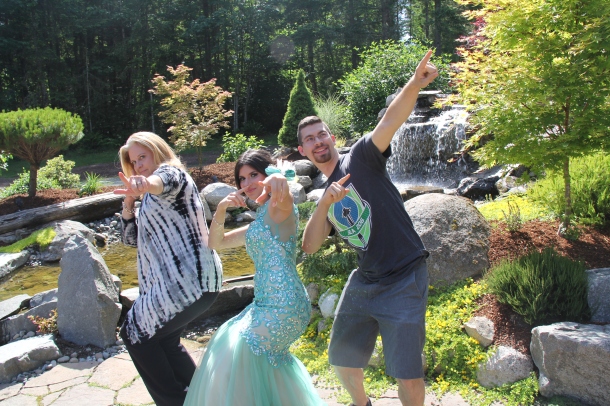 “We had a wonderful time – doing nails together, shopping, things I didn’t normally get to enjoy; She was a part of our family traditions; she was a part of us. We dreaded, dreaded the goodbyes.”

Karen says that since Adriana’s been gone, she feels as if all of the sudden, her house doesn’t resemble its former self. “I would say, it’s a period of mourning. It would be tempting to try to fill her spot,” she says.

But to Karen’s relief, it will only be a matter of time until she is reunited with her Italian daughter. “Our youngest son, Luke, was born in Italy while we were there. The goal is that for his high school graduation, which is approaching in June, we will take him back to where he was born. This will be in the far south of Italy, where Adriana is from. So we’ll get to see her!” Karen shares excitedly.

In the end, however, Karen knows that her relationship with Adriana is one that will stand the test of time and distance. “We feel that our year with Adriana was only the beginning of a lifetime of memories we will have together – whether far, or near each other,” Karen says. Their book has only begun. 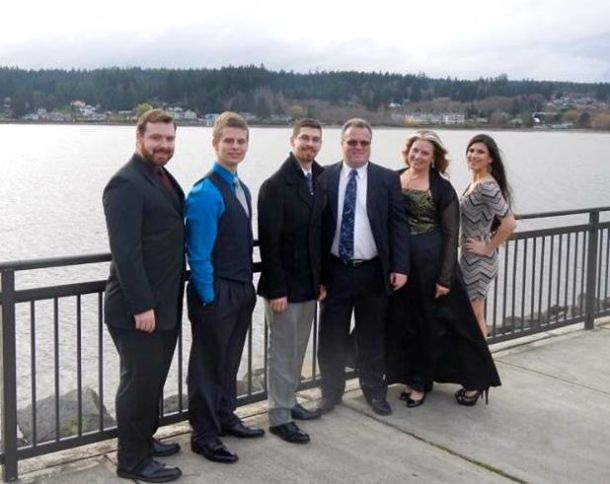 One thought on “My Heaven-Sent Daughter from Italy”